WHISPER TO ME, HELP ME REMEMBER 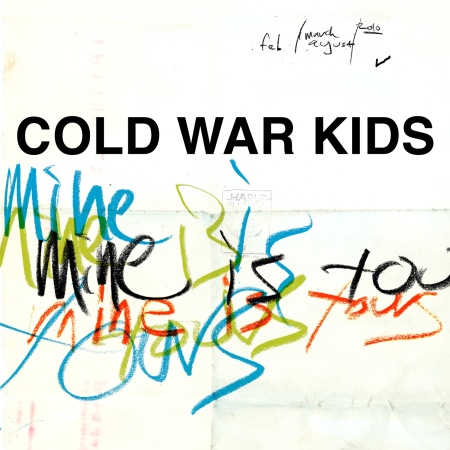 Here is a brand new jam from Cold War Kids. It is from their new album Mine Is Yours, slated for release on January 25th via Downtown Records in the US. It’s pretty consistent with previous offerings from the California quartet. Solid hooks, an immediately accessible chorus and crisp studio production.

Zack | Tagged: Cold War Kids, Downtown Records, Louder Than Ever, Mine Is Yours |

WILL YOU RUN FROM WHAT YOU SEE 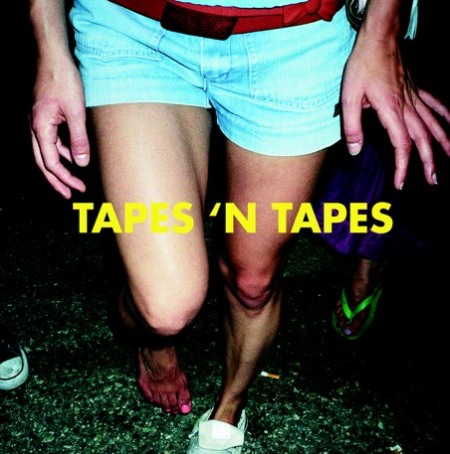 Don’t run away from us! We’re in the process of a painful and prolonged renovation, but it will prove to be so worth it with the launch of the new All Things Go (very, very soon). In the meantime, some old friends have returned from a long vacation. Minneapolis indie dudes Tapes ‘n Tapes are back. They’re going to be releasing Outside in January on their very own record label. “Freak Out” is a track from the album that should get you swaying. 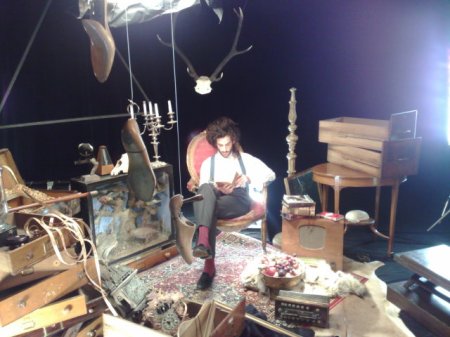 King Charles is a unique musician. Armed with the adorableness of Noah & the Whale, the playfulness of Mystery Jets, and the raspiness of Mumford & Sons, the regally titled London singer/outfit have been the talk of many tastemakers ever since they started their tour with the aforementioned M&S. I’m not completely familiar with his repertoire, but goddamn if I don’t absolutely love what I’ve heard so far, in particular the catchy-as-all-hell “Love Lust.” The quickened pace, seemingly effortless harmonies, and bouncy piano line come together like Voltron to form a doozy of a folk-pop single. It’s a bit early to crown the band, but if “Love Lust” is a harbinger of things to come, the title may not be too far off.

I neeevvverrrrr speak in hyperbole. 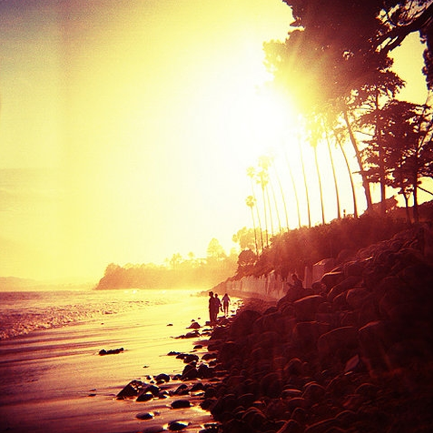 We’re working on getting all of our remodeling done this week, so we apologize for the slowing in posting and for any technical issues coming up in the next few days. Just because we’re coming up with a pretty new site for you all, it doesn’t mean we aren’t still listening to heady jams. Check out another flawless Aeroplane remix, this time of new Melbourne-based Gypsy & the Cat‘s “The Piper’s Song.” Go ahead, try to get that chorus out of your head. I dare you.

HEARTS THAT BREAK THE NIGHT IN TWO 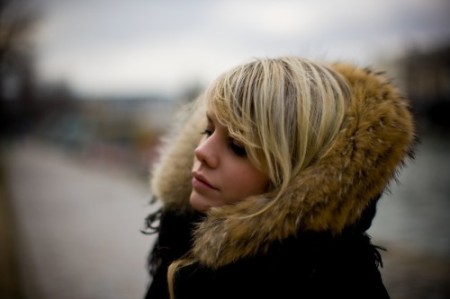 Here’s a dark little collaboration of Bedouin Soundclash and our favorite French-Canadian songstress Coeur de Pirate, entitled “Brutal Hearts.” The song has a very Lykke Li or The xx feel to it, which is just perfect for a rainy morning here in the Nation’s Capital. It also features Beatrice Martin singing in English, which helps me understand what’s going on in the song (unlike other Coeur de Pirate tracks) 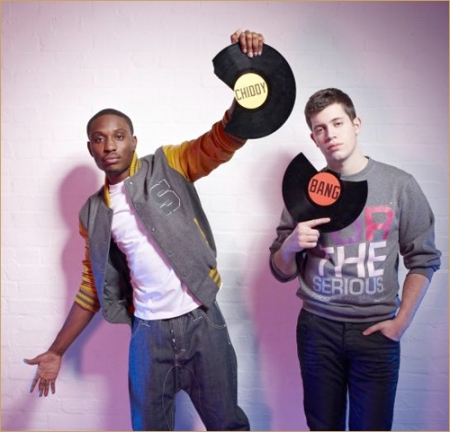 For those of you who think we’re just becoming a Chiddy Bang fanblog….well, you’re kind of right. But after Chiddy and Xaphoon keep dropping flawless remixes of Cee-Lo, Darwin Deez, Ellie Goulding, etc., can you really blame us? The latest gem is their reworking of The Naked & Famous’ “Young Blood,” which seamlessly works the original vocals and 8-bit sounding synths in with Chiddy’s trademark pop-culture riddled verses.

Comments Off on WE REQUIRE CERTAIN SKILLS | 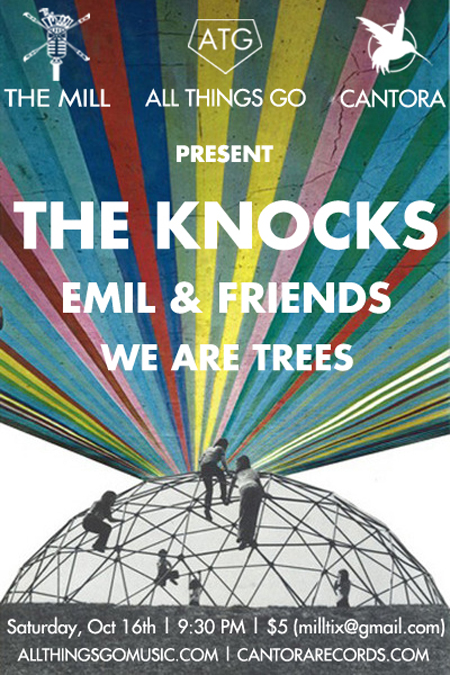 We’ve posted a string of cool videos over the past week (Duck Sauce, Suckers, Foals). Now, by far the weirdest and most NSFW…

The clip is for Diplo produced “Evil Boy”, a song off of South African internet sensation Die Antwoord’s forthcoming album $0$. The group was picked up by Jimmy Iovine and Interscope Records last Spring. Since then they’ve played HARD NYC, HARD LA, supported MIA and seriously impressed the LA Times at Coachella. The strangest element of this video for me is not the crab claws, penises, breasts sans nipples, rats, self-fellatio, mud people, monsters, pentagrams or any of that traditional insanity – but rather Diplo and his questionable sex-offender mustache.

Comments Off on EVIL BOY |

YOU KEEP YOUR FACE WELL LIT 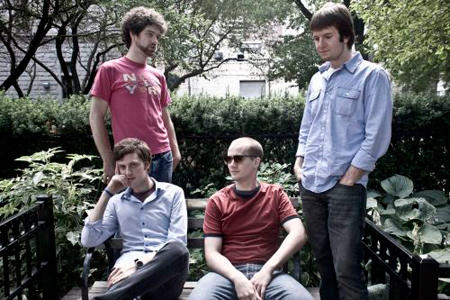 I’m not going to lie, when I found out California Wives were unsigned, I was completely shocked. Their debut EP Affairs is meticulously crafted and utterly beautiful, drawing from both new wave and post-punk influences. The EP’s single, “Blood Red Youth”, fully displays the Chicago quartet’s enormous talent and has the potential to be an instant classic. Stay tuned for big things in 2011. 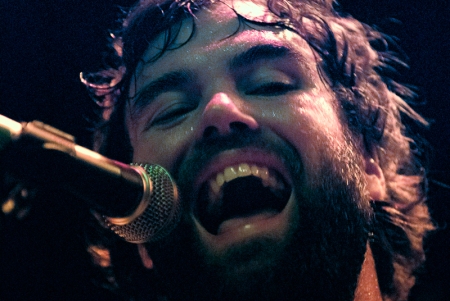 Brooklynites often get a bad rap. I know this because I lived in Brooklyn for 3 years and consistently got bad raps from old friends. I lived in Greenpoint and witnessed New York Magazine’s so-called Sonic Boom in the fall of 2009. It really wasn’t so much of an explosion, as it was friends casually hanging out with each other and making music. When one friend’s band would get signed to a label, they would do everything they could to help get their college buddy, roommate or significant other signed along with them. TV On The Radio took Grizzly Bear out on tour, Chairlift lent guest vocals to Das Racist songs and a founding member of Amazing Baby left to become the full-time drummer in MGMT. Out of this incestuous madness, Suckers was born.

The group honed their skills around NYC staples such as Mercury Lounge, Brooklyn Bowl and Glasslands Gallery until Frenchkiss Records ultimately scooped them up. On Wednesday night Suckers returned to DC to play the 9:30 Club, supporting Menomena. At one point, Suckers lead singer Quinn Walker mentioned that he ‘really felt like they’d worked their way up’ in DC. It’s true. Their first time playing DC, about a year ago, they played at 200 capacity DC9 and the last time they came through they were supporting Local Natives at the 400 capacity Rock N Roll Hotel this past May. This time around, playing in the much larger 9:30 Club, the band played most of the tracks off of their only full-length album Wild Smile to a close-to-capacity room.

They started out on a strong note, with heavy percussion and layered samples through a drum pad. The group hit a snag three songs into their set during “Black Sheep” when it seemed that the bottom fell out of their sound. That was the result of a broken pedal on the bass drum and a guitar that had gone out of tune. After fixing the bass pedal and tuning another guitar it took a few more songs for the band to get back into the groove. Once in that groove, they stayed there for the remainder of the set. During the 45 minute performance they breezed through “A Mind I Knew”, “You Can Keep Me Runnin’ Around” and some serious whistling during crowd favorite “Roman Candles”.

The band has the daunting task of recreating an album with a very big sound on record during their live show each night. They were able to get close by using a ton of percussion, electronic waves, trumpet and at one point calling out a member of opening band Tu Fawning with a trombone as well. Overall it was an engaging set. Suckers pair the musical noise factor well with Quinn Walkers somewhat silly, yet sincere vocal tone.  The band has come a long way since the days of rocking face paint and mega-chains in Williamsburg galleries, but there is still room to push the envelope on the live show.

All Photos by the very awesome Eric Uhlir. More after the jump.