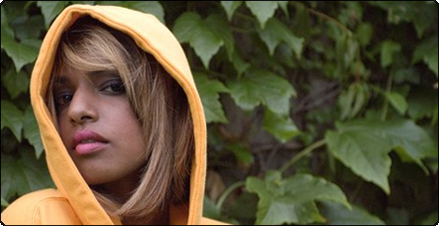 We resolved our hosting issues for the most part. Thanks again to Chris Hannafan, who pretty much single-handedly paid for our new server. Also big thanks to Laurie and Andrew for their generous donations. Once Derek teaches me how to use the FTP and whatnot, we’ll be fully set with our new server. Until then, savefile will have to do.

One of the reasons our hosting got shut down this last time was because of the hotness that is M.I.A. I posted her monster single “Paper Planes” a few weeks ago, and the song was one of the most heavily downloaded songs I’ve ever posted. Apparently people like the song. Since I already posted the album version, check out this remix featuring Bun B and Rich Boy, two rappers I don’t exactly love but still lend hot verses that blend perfectly, as if this remix were the original version. Thanks to palmsout for finding this gem.

This entry was posted on Sunday, September 23rd, 2007 at 9:51 pm and is filed under Zack. You can follow any responses to this entry through the RSS 2.0 feed. Both comments and pings are currently closed.

3 Responses to M.I.A. Gets Remixed